Skip to content
The news that Andrew Breitbart was going to release explosive video essentially vettingPresident Obama certainly produced interesting substance for the conservative media. It provided weeks of profit for the petulant pundits of the right, a darling juicy red steak, for sure. At age 43 Andrew Breitbart mysteriously died, the evening before the tapes were scheduled to be unleashed. The passive, almost scripted response from the right was unsettling. And as if to silence dissension, except from the usual conspiracy kooks, we were told the tapes would still be released, only now in two weeks. 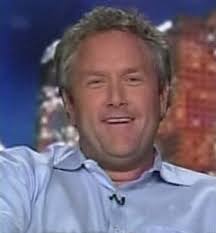 Without hesitation curious sheeples Nation wide swallowed the pill, excepting the narrative that they needed time to organize Breitbart’s bombshell. For those of us who still remembered, they finally released them. The bombshell videos are now being used in hospitals across the globe as a natural alternative to pharmaceutically induced sedation. Breitbart’s bereaved loyalist definitely released something, but it certainly wasn’t the detonation code to the Obama machine. It was however enough to quell any resistance from the phoney factions of the right.
While still waiting for my psychoanalysis certificate from Tijuana and confessing to not know “all things Breitbart”, I have periodically read his works. It is with certainty, that the renegade media bad boy was hardly this self consumed. There is unequivocally zero chance that the videos which surfaced two weeks after his death were what he had promised. To believe that, would be the equivalent of admitting Breitbart was an impotent fraud or an intellectual retard.
If the three following observations aren’t enough to at least raise the public heart-rate, we’ve indeed been properly medicated.
Breitbart’s untimely demise can be filed with all the other government evoked realities that stupid Joe public willingly digest. Ultimately to be evacuated in the cesspool of acceptance, you can see it floating right next to the Tower Seven explanation. The Breitbart tragedy will probably be resurrected by right wing opportunist at a much safer time, when the waters become ambiguous and murky.
Just a thought…..
Sandy Hook madman, Adam Lanza, was hardly concerned with keeping his anonymity when he went homicidal. It was with reverie and wreck-less abandon that he robotically slaughtered innocent lives. However the official narrative states his computer was successfully destroyed, rendering it useless for extracting information that might reveal the truth. This convenient dilemma makes no sense, but that’s just it right?
It’s a revolting development……